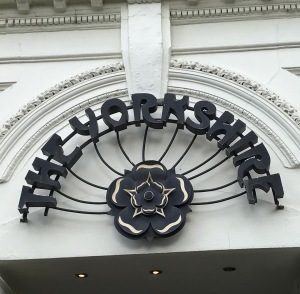 Back in August I was reading a post by Paige in which she mentioned that she was heading to Yorkshire in September from the States. I quickly fired off an email to check it was English Yorkshire, I am not sure there is another but thought it best to check as you know what these Americans are like they like to steal our place names!

I was so pleased to hear that indeed it was here in the UK and to be more precise Harrogate. Paige informed me the town had a parkrun, since we became blog friends during an ‘athon many years ago Paige has heard about parkruns but although they are starting to appear in the States one has yet to be local for her, so a plan was made to meet.

For those of you that are not aware of the Geography on the UK, I am located in the South-West right down the bottom, Harrogate is in the North-East, a trip across the country diagonally was on the cards. 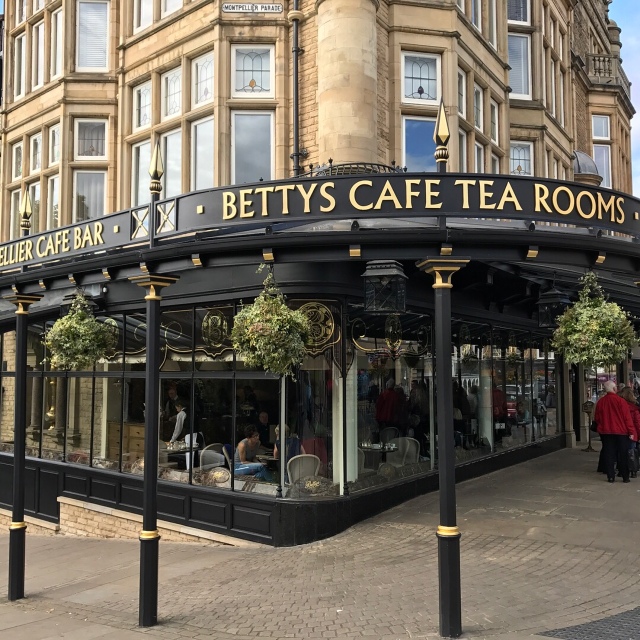 After a short wait in a queue I was shown to my table. On perusal of the menu I decided to have a quiche and a piece of cake with my pot of tea, although this was down graded to just cake and tea after seeing the size of the quiche! I’ve had bigger muffins than that quiche and they wanted £9 for it! To be honest I was slightly disappointed by the cake selection and realise just writing this will mean that I will never be allowed up North again, but it is true. Not all Betty’s fault, but I was expecting  a traditional British Tea Shop and cake, eg Victoria Sandwich, Coffee Walnut etc, I didn’t realise Betty’s roots are in Europe so the cakes more fancy and funnily enough very European. After all careful consideration I opted for the Chocolate Torte…. 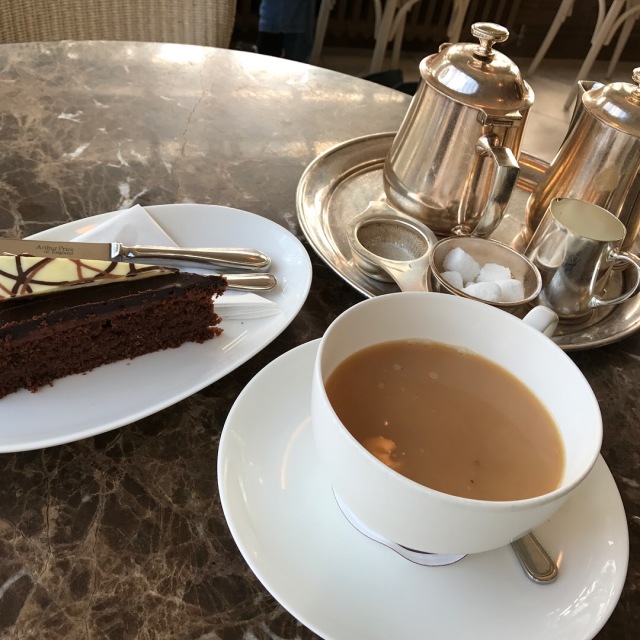 I sat for a while, trying to make the most of the experience, before setting off on an afternoon of mooching around the shops and exploring the town. 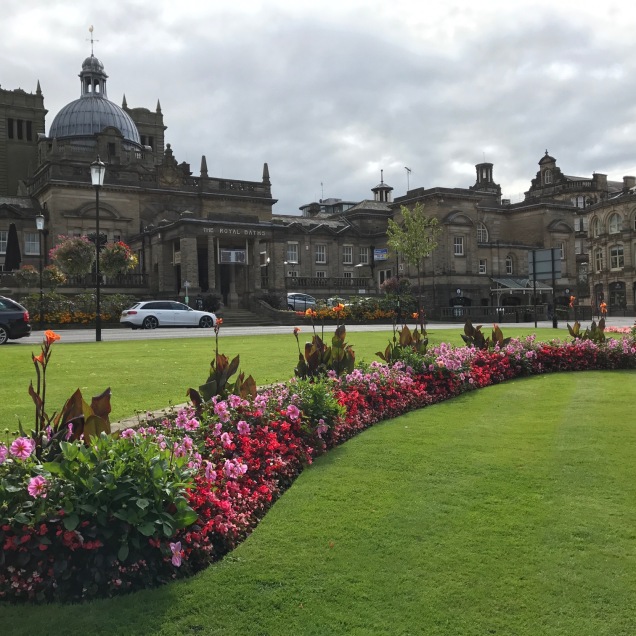 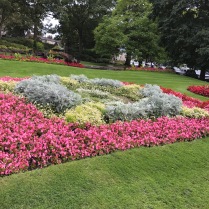 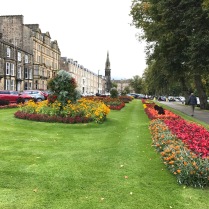 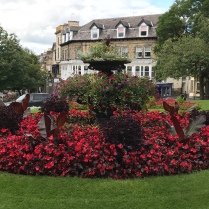 Late afternoon I checked the route to Paige’s Guesthouse from mine and then from there to The Stray where the parkrun is held.

After dinner Paige and I met for a drink. We first met in New York in December, it was nice to catch up on events in each others lives since then.

I headed back to where I was staying, amazed how warm it still was. I am sure I wasn’t staying in a cupboard, after all how many cupboards have an ensuite? But it was the smallest room I have ever stayed in but was in such a convenient location.

Harrogate parkrun is held on The Stray, located in the old town, which is 200 miles of open grassland, sadly the 5k is three laps! As we stood waiting for the start, every direction you looked in, runners could be seen approaching, very funny to watch. We listened to the parkrun and Harrogate newbie instructions. Then it was time to head to the start and for the Run Directors pre run chat. Simply the best, most enthusiastic and encouraging pre run brief I have ever been to at parkrun. Harrogate’s 300th parkrun was applauded, milestone t-shirts were applauded, first timers were applauded, the run/walk beginners were applauded, visitors were applauded, Paige was applauded once the RD realised New Jersey mean America! What a great first parkrun to experience, it epitomised the parkrun ethos.

Three rectangular laps were not too bad in the end, although one side had a wicked head wind. Paige managed to come 300th on the 300th Harrogate parkrun which was just brilliant and she even got a mention on their Facebook page! 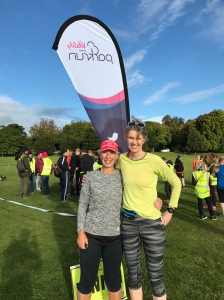 See you next time Paige, to run with you on your inaugural parkrun was an absolute privilege! X

I have been running since 2004 when I decided to do the Race for Life, as a close friend was terminally ill with cancer. Following that I did a couple of 10km at Leeds castle and Sandringham. Then in 2005 ran my first London marathon, then another in 2007 in blistering temperatures. I have entered the London marathon every year since but have been rejected, am now find maintaining my fitness & motivation hard, so when the email came through about Janathon I thought why not! Am hoping this helps with fitness, motivation and weight loss!! Wish me luck!
View all posts by shazruns →
This entry was posted in Bloggers, Photography, Running, Training for an Ultra, travel and tagged Betty's Tea room, bloggers, bloggers meet up, flowers, gardens, Harrogate, Harrogate parkrun, North Yorkshire, parkrun. Bookmark the permalink.