This run was a billed as a Long Marathon, I like that they warn you before you sign up rather than slip in three rude miles at the end which would guarantee me to throw my toys out of the pram at 26 miles, demanding to see the finish! As the title indicates you need to get to a certain point by a certain time to cross over the beach, this is at mile 20 and with a generous time limit, I love a run along the South West Coastal Path so did not hesitate in signing up, though maybe should have checked the calendar first, two weeks after the tough Hellstone was probably not a great idea!

The run starts at Mothecombe and is on a mix of private footpaths, coastal path, bridle paths, country fields and Woodland,  the marathon incorporates the South West Coast Path on both sides of the estuary including a beach section at Bigbury-on-Sea and a run across the causeway to the privately owned Burgh Island.

The first 14 miles are a breeze, not too many hills, terrain not too torturous but then after a long beach section to Burgh Island and then after Burgh Island (that’s the trouble with islands they tend to be surrounded but sand!) the proverbial hits the fan and the mountainous coastal path continues for the next 8  miles, steep ups followed by steep downs. I got to the crossing with an hour to spare but was horrified to see I was going to get wet. The water was knee deep at times and running was hard, I wasn’t expecting that. Of course the next beach I crossed meant the sand then stuck to my trainers and my feet soon looked like sugared doughnuts.

Soon after this I began to struggle a bit the realisation that I still had a long way to go wasn’t helping. My spirits slightly raised when I met a pack of cubs out for a walk, I suggested a high five with them and they were all brilliant but after 150 I was wishing I hadn’t thought it was a good idea. I do hope other runners behind me got the same treatment!

The miles continued, my legs kept going but I am not going to lie, I was finding it tough going.

On passing a couple of males I was amused to hear one turn to the other, when he thought I was out of ear shot and say “It must give the older woman a boost to pass us and to be running well at this point'” This older woman has excellent hearing and was amused by his comment. Needless to say I was so darn thankful to get to the finish.

It was a simply stunning route and as ever Pure Trail put on an excellent event, but I am really not sure I would want to do this again! 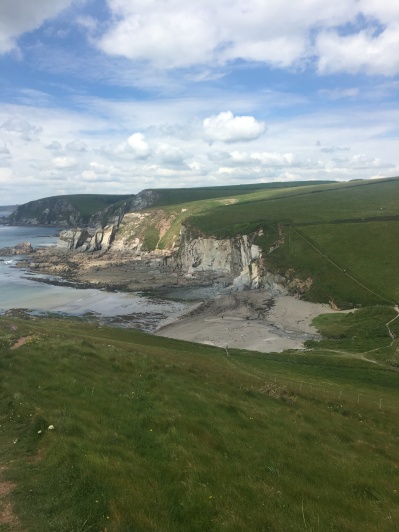 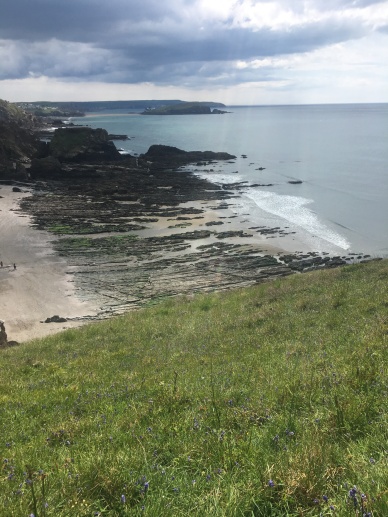 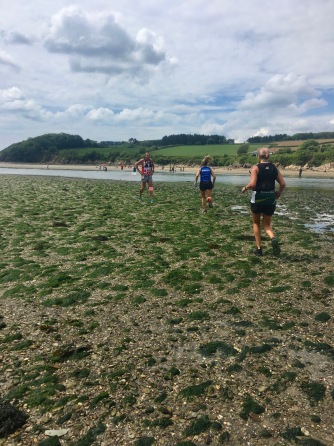 I was thrilled to receive this information in an email this week, although a nice fat trophy would have been better! 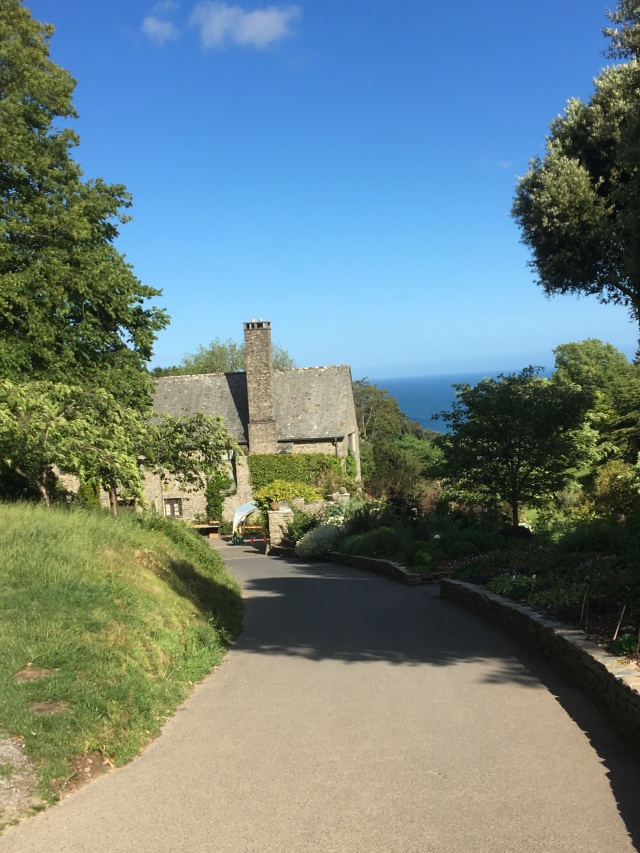 I did not decide to enter this run until Friday night and even then was ‘weather permitting’, but with Madam at work hubby and I hatched a plan which would involve a 10k run for me and a Fish n Chip Dinner at Brixham afterwards, yes that is how we rock on a Saturday night! The run itself started at Coleton Fishacre, a National Trust property before a big loop taking in yet more of the coast path! This run featured an up hill start and an up hill finish, infact this is the only time I have ever walked at any point in any run in the last half a mile! To be fair at this point when presented by a steep hill I was tempted to crawl! Fortunately the middle bit although featured yet more hills had some stunning scenery and I loved it. Nice to give the legs a break from the long stuff and give them a short sharp burst! I had hoped for under an hour but with over a 1000 ft of elevation I was pleased with the 1:04 time and over the moon to receive my first ever running award for first (and maybe only) old lady across the line. 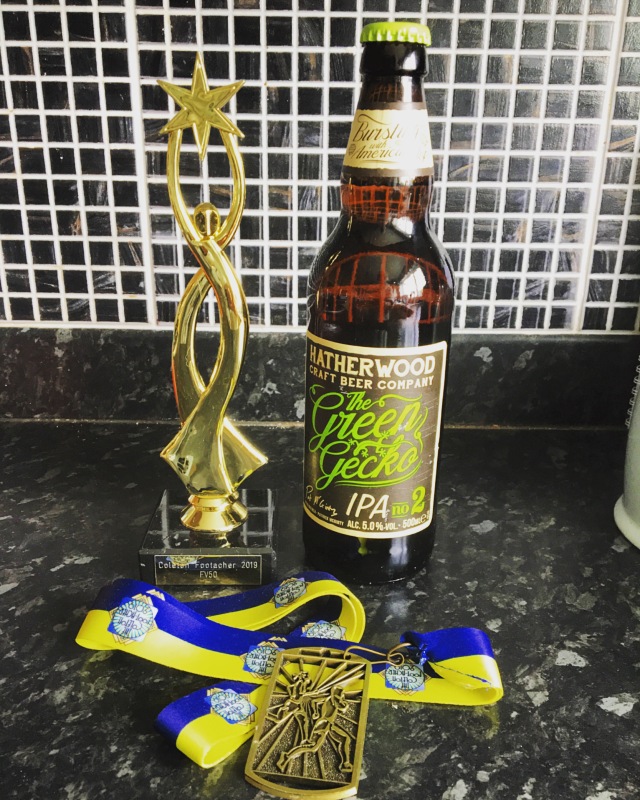 The evening was topped off nicely with dinner, with these views 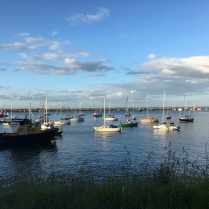 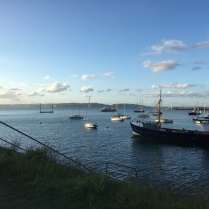 Next up a half marathon on Father’s Day in Dorset!

I have been running since 2004 when I decided to do the Race for Life, as a close friend was terminally ill with cancer. Following that I did a couple of 10km at Leeds castle and Sandringham. Then in 2005 ran my first London marathon, then another in 2007 in blistering temperatures. I have entered the London marathon every year since but have been rejected, am now find maintaining my fitness & motivation hard, so when the email came through about Janathon I thought why not! Am hoping this helps with fitness, motivation and weight loss!! Wish me luck!
View all posts by shazruns →
This entry was posted in Uncategorized and tagged 10K, Coleton Fishacre, Coleton Footacher, long marathon, Marathon, Pure Trail, pure trail running, Race The Tide, running, south Devon, South West Coast path, trail running. Bookmark the permalink.