I have a tendency to try and do everything, after all why not cram everyday full and run around like a headless chicken? I come by this tendency honestly from female relic but now am at an age (maybe growing up) that I realise that maybe it’s not always a good thing to live life in fifth gear, once in a while I manage to see when I have taken on too much, it is however a work in progress. Last week I saved myself once and then totally blew it three days later!

As you know Saturday is parkrun day, but it also the only day we could go to the Devon County Show. No problem, was my first, I can do it all thought, parkrun, jump in the car, drive to the Show, meet hubby there and change in the back of his car. Sorted. By Friday the temperature had started to soar and the thought of wrestling my sports bra off my sweaty body in the back of a car was not an enticing one. Time to re think. Parkrun was shelved but we did have lovely time at the Show admiring all things fluffy and sampling copious amounts of flavoured cheeses, cider and caramel vodka! 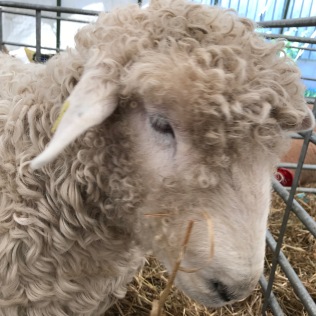 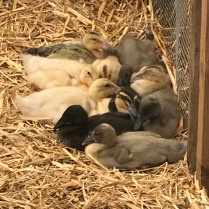 Fast forward to Wednesday and club was running one of my favourite routes along the coast, I had to go. The trouble was I wanted to cycle home from work. After careful consideration (total time taken 30 seconds) I worked out that time wise this was a feasible plan, (I overlooked the small matter of my legs cycling 13 miles and then running 6 miles!) Disaster occurred at two miles in to the ride home when the chain came off.

No problem, I have fixed a derailed chain masses of times. However this one was wedged and would not come free.

No problem, running buddies house was just up the hill he would save a damsel in distress. However he had gone to the beach!

No problem, older madam is not far away, emergency call for a screwdriver and 10 mins later the chain was free and my journey could continue.

I arrived home looking a bit like a mechanic or a blackberry picker! 5 minutes to change, clean up and get out of the house, but I made it to club.

Maybe I should have shelved the cycle ride or the run to give myself some breathing space, but where is the fun in that! Mission accomplished but might not try this again!

This I can do everything attitude spills in to running and the prime example of this is next weeks running event. Next week my running buddy and I are doing The Tsunami, a run along the Northern South West coast, starting in Clovelly and ending in Bude. When I signed up I did not really check the run out, it was on the coast, it was a marathon what else did I need to know? Now I read it is ‘a tortuous coastal trail, a Rottweiler of a race‘, it took 5 hours for the winner to complete the course last year and has 2000m (6500ft) of ascent! Will this be too much? Who knows, come back in 7 days to find out!

I have been running since 2004 when I decided to do the Race for Life, as a close friend was terminally ill with cancer. Following that I did a couple of 10km at Leeds castle and Sandringham. Then in 2005 ran my first London marathon, then another in 2007 in blistering temperatures. I have entered the London marathon every year since but have been rejected, am now find maintaining my fitness & motivation hard, so when the email came through about Janathon I thought why not! Am hoping this helps with fitness, motivation and weight loss!! Wish me luck!
View all posts by shazruns →
This entry was posted in cross country, Devon, Marathon Training, Marathons, Photography and tagged Bude, Clovelly, Marathon, Pure Trail, pure trail running, running, South West Coast path, trail running, Tsunami. Bookmark the permalink.

6 Responses to Too Much