Last week was mainly spent obsessively watching the weather. Enviously admiring others snow photos and doing the snow dance hoping that we too here in Devon would be able to enjoy some white stuff. We have been living down here for 5 years and in that time have only had a sprinkle, I was feeling snow deprived!

Thursday was the day it was all meant to be happen. I was up at 2 am to check. Nothing. Would it all come to nothing, all those weather warnings? Finally at 6:30 the snow began to fall. Hooray. Shortly after schools started to close. I was off work anyway with two days Annual Leave to use up before 1 April so snow day it was then for Madam and I. But by 9:30 it had stopped. Noooooooo. I didn’t just want some snow, I wanted loads, cutting off chaos causing snow. I know greedy.

Finally after lunch, big flakes started to fall and the wind started to blow, we were soon in the middle of a red weather warning. Hubby was home by 2:30 pm, we had bread, milk and electricity so happy to hibernate.

Friday morning dawned and we had a decent amount of snow. I contained myself till 9 am then dragged hubby out for a winter wonderland walk. 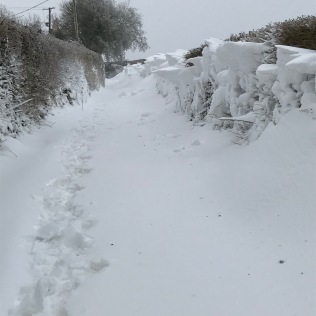 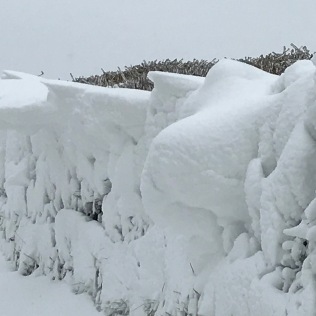 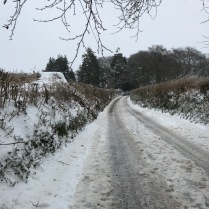 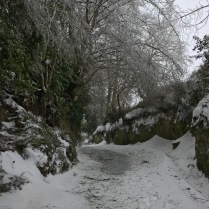 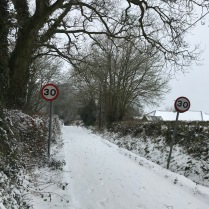 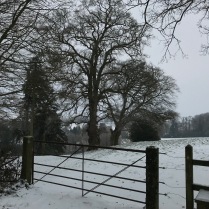 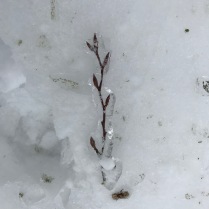 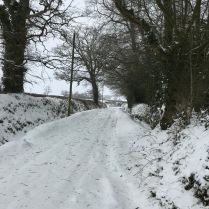 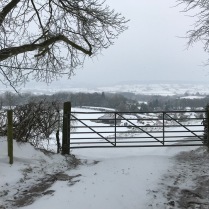 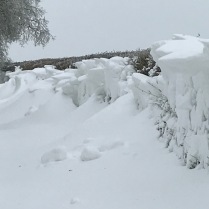 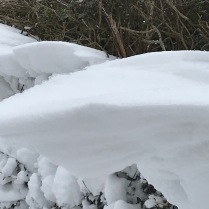 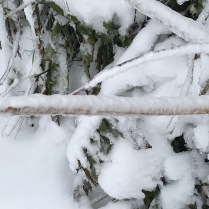 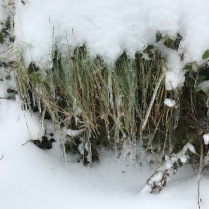 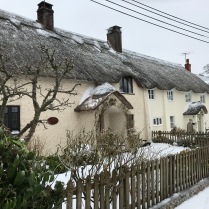 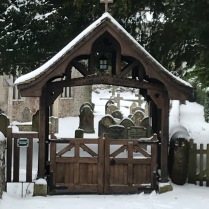 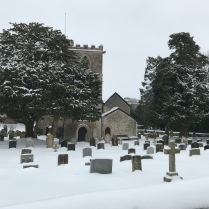 Everything was magical. Having had freezing rain at some point in the night the snow was covered in a layer of us and was very crunchy to walk on. All the trees were covered in ice also like they had been touched by the Ice Queen. The wind had created some very odd snow shapes on the bushes. It was truly wonderful. I even managed a bit of sledding. Oh yes I love the snow and refuse to be grumpy about it, just relished having it whilst it was here. Enough photos taken to create next years Christmas Card, what more could I want? 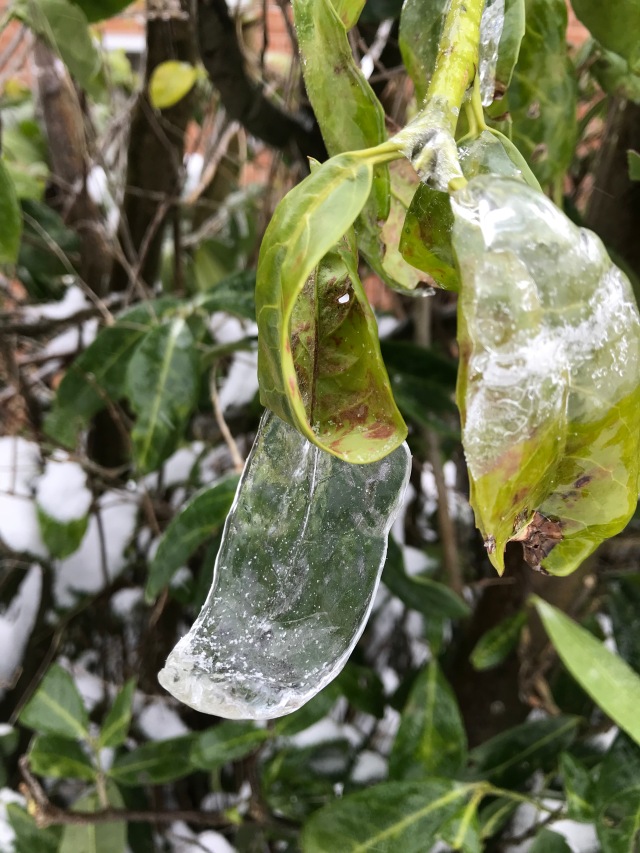 36 hours of snow and then it started to melt. See you in 5 years.

(No running since Tuesday night, tried today but seems my back had other ideas am hoping it eases soon or life this week will be very unpleasant for me and everyone close to me!)

I have been running since 2004 when I decided to do the Race for Life, as a close friend was terminally ill with cancer. Following that I did a couple of 10km at Leeds castle and Sandringham. Then in 2005 ran my first London marathon, then another in 2007 in blistering temperatures. I have entered the London marathon every year since but have been rejected, am now find maintaining my fitness & motivation hard, so when the email came through about Janathon I thought why not! Am hoping this helps with fitness, motivation and weight loss!! Wish me luck!
View all posts by shazruns →
This entry was posted in Devon, Photography and tagged Devon, ice, no running, photography, sledding, snow, snow drift. Bookmark the permalink.