Those of you that write blogs will know that the hardest part of writing a blog is thinking of a title. This however is not my problem today, my problem today is knowing which title would be best.

Should I go simple with

Or something more obscure

You might have gathered from the choice of titles, that Saturday I did the Bushy parkrun whilst staying with a friend. On the way over I stopped to take a photo of the deer, at this point my barcode made a bid from freedom and dived out of my pocket opting for a rest on the grass, resulting in no time against my name, first time I have been an unknown! Grrrrr. 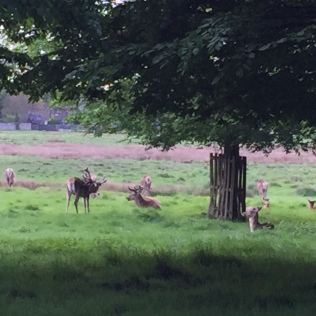 I was amazed by the number of runners and amused by the PA system used to talk to us before the start along with loud speakers, even then I could not hear what was being said. The run itself was flat, in fact pancake flat. You think with all my hill moaning that I would be pleased but I found it a hard slog even in my new trainers (more on that later).

The finish funnel was an experience especially when I reprimanded a runner with dog for not keeping in order! No scanning for me, I dropped my finish token in the unknown box! What a shame they can’t scan off a phone. 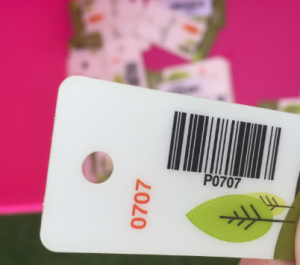 Sorting the finish tokens looks like a full time job! 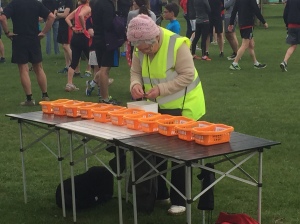 I headed back through the park, there on the grass waiting for my return with a cheeky grin on its face was my barcode. Don’t worry I got my own back by putting it through the washing machine!

I have been running since 2004 when I decided to do the Race for Life, as a close friend was terminally ill with cancer. Following that I did a couple of 10km at Leeds castle and Sandringham. Then in 2005 ran my first London marathon, then another in 2007 in blistering temperatures. I have entered the London marathon every year since but have been rejected, am now find maintaining my fitness & motivation hard, so when the email came through about Janathon I thought why not! Am hoping this helps with fitness, motivation and weight loss!! Wish me luck!
View all posts by shazruns →
This entry was posted in parkrun, Running and tagged Bushy Parkrun, Bushy parkun, deer, parkrun, Parkrun Tourism, running. Bookmark the permalink.

5 Responses to So Many titles